Buster Posey played the equivalent of 10 entire National League (NL) seasons with the San Francisco Giants (2010, 2012-2019, and 2021) before announcing his retirement on November 4, 2021. https://bleacherreport.com/articles/10013741-report-buster-posey-plans-to-announce-retirement-after-12-seasons-with-giants). Is he a first-ballot Cooperstown inductee in 2027? For perspective on Posey’s MLB career, check out Sam Fels’ “Buster Posey goes out like he came in…on top.,”  https://deadspin.com/buster-posey-goes-out-like-he-came-in-on-top-1847995225

An important part of this blog focuses on a select group of ex-American League (AL) and National League (NL) catchers, including Posey, with at least:

But the case will also be made for Posey in Cooperstown using the concept of “Catcher Framing,” first devised in 2008 by Fangraphs, prior to Posey’s MLB debut on September 11, 2009. https://blogs.fangraphs.com/war-update-catcher-framing/ Framing is the art of a catcher receiving a pitch in a way that makes it more likely for an umpire to call it a strike, e.g., turning a borderline call into a strike, or not losing a strike due to poor framing. It is added or subtracted from Wins Above Replacement (WAR) to consider how a catcher’s framing benefits, or hurts, their pitching staff throughout the season. Table I depicts the largest “old” (pre-Framing) WAR with the “new” (Framing) WAR increases, 2008-2018. Posey’s fWAR (Framing WAR) increased from 38.7 to 51.1. Yadier Molina saw his fWAR move upward: 34.8 to 50.5. A catcher who can frame well can be “extremely helpful to a pitcher working the corners of the plate.” https://www.sharecare.com/health/baseball/mean-for-catcher-frame-pitches Yadier, an “artist” at framing, is a solid first-ballot candidate for Cooperstown; perhaps in 2028?

Posey forfeited a San Francisco Giants team option of $22 million for the 2022 MLB season by retiring. Brian London, a research colleague of the author, resides and works in Jacksonville, Florida. He is a 2003 graduate of Florida State University, in Tallahassee, the same one Posey attended, Fall of 2005 to Spring of 2008. “Something about him [Posey] that is not well known, is that he was an excellent student,” indicated London. Posey was a shortstop his Freshman (2006) season, before transitioning to catcher, 2007 and 2008.

Most HR by Catchers, Single-Season (AL and NL)

Two catchers from Puerto Rico—Iván “Pudge” Rodríguez (AL) and Javy López (NL)—currently hold the respective single-season  home run records. Pudge’s 35 homers in 1999 are the MOST by any catcher—based on GAMES PLAYED at CATCHER—in a single season by an AL backstop, per Table II. Javy’s 42 homers, as a catcher, for the 2003 Atlanta Braves lead the  Table III list. “Everything came together that [2003] season,” recalled López. “Ten years earlier [1993], I played for the Richmond (Virginia) Braves…and was proud to represent Puerto Rico with Atlanta…played against Todd Hundley and Mike Piazza.”

Table III: Most home runs by C, only as C, single NL season

Posey’s 129 OPS+ was the highest of the eight catchers and positively influenced since his home games were in a San Francisco stadium more suited for pitchers than hitters. His 27 passed balls in some 9,192 innings caught were impressive. Posey’s 44.9 WAR, below Munson’s 46.1, is an issue. However, Baseball Writer’s Association of America (BBWAA) voters—more than likely—will recall Posey’s higher fWAR, due to his framing skills. They may opine that his framing was a crucial factor in the Giants’ three World Series titles: 2010, 2012 and 2014. IF Posey gets in Cooperstown via a first-ballot vote, THEN Thurman Munson—who does not benefit from fWAR metrics—deserves much more consideration via the Veterans (era) Committee.

Posey, born in Leesburg, Georgia (100 miles north of Tallahassee, Florida), March 27, 1987, played 19 games for the 2008 Waikiki Beach Boys (19-17), Hawaii Winter Baseball League (East Division), with a team-leading .338 batting average (25-for-74), four doubles and 15 RBI. Yadier Alonso, .308, four homers, 21 RBI, trailed Posey in AVG, as did Todd Frazier (.298, three homers, and 22 RBI). Posey’s FLD % was .989; he threw out four of 11 base stealers (.364). https://www.baseball-reference.com/register/team.cgi?id=25fc7e0c The Beach Boys won the league crown in a one-game playoff over West Oahu Canefires, who won the West with a 19-14 mark. The four-team loop also included Honolulu Sharks and North Shore Honu. Posey, approaching age 30, caught for Team USA in the 2017 World Baseball Classic. They lost once to Team Puerto Rico but rebounded to win the Gold Medal, as Puerto Rico took the Silver.

Yogi Berra spent part of 1947 spring training in San Juan, Puerto Rico, playing some games at Sixto Escobar Stadium against the San Juan Senators, Caguas Criollos, Ponce Lions, and a league All-Star Team. Before playing additional contests in Venezuela and Cuba, the Yankees went 3-2 in Puerto Rico. The author met Berra (March 1992) when he was a Houston Astros spring training instructor. Berra recalled the trip to Puerto Rico—a helpful one—since he was on the verge of playing his “rookie season” with the 1947 World Series Champions. In May 2010, Berra responded to the author’s questions for a SABR bio on Jack Reed. Berra, on June 24, 1962, caught the entire 22 innings of New York’s 9-7 win at Detroit, a seven-hour affair (longest game in Yankees history—innings and time.) https://sabr.org/bioproj/person/jack-reed/

Elston Howard (1954-55), Johnny Bench (1967-68), and Thurman Munson (1969-70) all played for the San Juan Senators. Howard was their left fielder, with Yogi Berra entrenched in the Yankees line-up. Harry Craft, a native of Ellisville, Mississippi, managed Howard in Puerto Rico. Howard’s .369 batting average was second to Willie Mays’ .395 for the Santurce Crabbers.

Bench’s .323 batting average for San Juan was fourth-best in the league. His 20 doubles tied Santurce’s Tony Pérez for the league lead. Don Zimmer was his San Juan skipper when he

caught Pat Dobson, December 10, 1967, as Dobson fanned 21 Arecibo Wolves batters, the league record for most strikeouts (by pitchers) in one game. Two years later, Munson’s .333 batting average for the 1969-70 Senators was second-best to Félix Millán’s .345, with Caguas. Roberto Clemente was Munson’s San Juan teammate, as well as Bench’s teammate, and encouraged both young catchers to do well.

José Manuel Morales, a San Juan teammate, of, and back-up to, Munson and Bench, opined that: “Munson had all the tools to be a Cooperstown Hall of Famer,” but “less home run power than Bench.” Ellis “Cot” Deal managed Munson with San Juan and felt “it was a turning point in Munson’s preparation for the 1970 AL season, and beyond, with the Yankees.”

Pudge Rodríguez. who earned 13 Gold Gloves, most of any MLB catcher, followed by Bench’s 10, played 12 winter seasons between 1989-90 and 2011-2012. https://beisbol101.com/ivan-rodriguez-3/ Pudge reinforced the Arecibo Wolves in the 1996 Caribbean Series, played in Santo Domingo, and was selected to the All-Star Team. Pat Kelly, Arecibo’s manager, gave credit to the Culiacán Tomato Growers (5-1 W-L) for winning that series over Arecibo (4-2), despite the presence of Pudge, Roberto Alomar, and Bernie Williams in the Wolves line-up.

Where does Ernie Lombardi fit in? He missed out on the 1936 Cincinnati Reds spring training in San Juan, Puerto Rico, for about one month, followed by games in Ciudad Trujillo, Dominican Republic, versus Escogido Lions and Licey Tigers. https://sabr.org/research/article/spring-training-pioneers-flying-the-southern-clipper-with-the-cincinnati-reds/ What if Lombardi faced Raymond Brown, Martín Dihigo, Hiram Bithorn, and others pitching for the Brooklyn Eagles, playing in San Juan? These Eagles won three of four against the Reds, with a line-up including Frank Duncan (C), Buck Leonard (1B), Dick Seay (2B), Ray Dandridge (3B), Tetelo Vargas (SS), Vic Harris (LF), Raymond Brown (CF, when not pitching) and Ed Stone (RF). What a treat to see Lombardi try to throw out Tetelo on a potential base-stealing attempt! 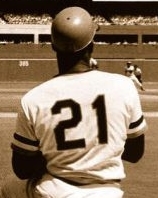